PR advice from a recovering journalist

Leave a comment Posted by Teamwork Communication Solution Pvt Ltd. on May 17, 2014 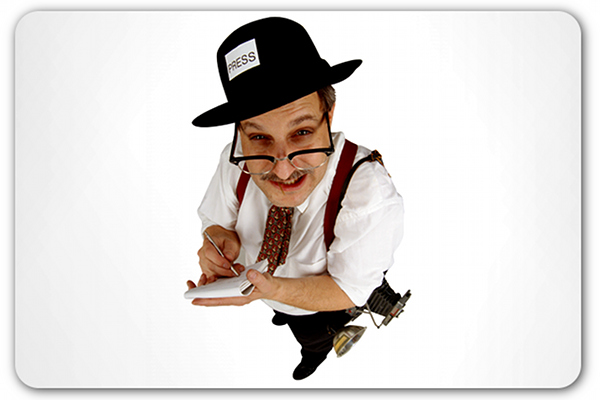 Many journalists switch over to public relations; this, of course, is not breaking news.

After a long career fighting the good fight, many journalists find a job in public relations—perhaps advocating for a cause they have learned to love over the years—mighty tempting. Me? Well, I simply made the switch about 30 years sooner than most.

After a successful journalism career in college and about a year after, I joined The Black Sheep Agency. It wasn’t an easy decision, and I still love the news biz, but it was the right move for me.

My new position has been a crash course in PR. I’ve learned about how journalism and PR intersect, the relationship between PR folks and reporters, and how to navigate this murky, complicated partnership. Being on both sides has given me a perspective that I hope will help us understand each other better.

I’ve seen my fair share of pitches, and I’m on the way to writing just as many. I’m actually still on a national PR database as a reporter, so I get dozens of pitches sent to my email daily, most of which I direct to my spam box. Don’t tell anyone, but every now and then I’ll read a few pitches and laugh at how horrible they are.

When I draft a pitch, I follow a very simple rule: Would I want to write about this as a reporter? If you can’t write a pitch in fewer than 300 words, the reporter probably will not care. I mean, they probably don’t have many more words than that to include in their actual story. Keep it simple. Get to the point. And please, use the recipient’s correct name.

2. Don’t be annoying. The reporter got your email.

“Hey Cody, hope you are well. I was just checking in to make sure you got my email…”

If I have seen the above opening line once, I’ve seen it a thousand times. Yes, I am well. Yes, I got your email. No, I won’t write about your pitch, because it wasn’t interesting enough for me to even send a reply.

I know the struggle that PR people have with getting responses from reporters, but for a follow-up email to be effective it must have a purpose. Don’t ask reporters whether they have received your email. Unless they forgot how email works, they’ve looked at it and have either flagged it for a second look or deleted it.

A better way to follow up would be updating them on any new information regarding the story you are trying to push. It doesn’t have to be a momentous update, just something that warrants a second email. A general rule is that a follow-up email can be sent 48 hours after the original email, and it should only be a couple of sentences.

Finally, if you are crunched for time, let the reporter know. They understand deadlines. They live on deadlines. Deadlines are in their DNA. They might cut you some slack if you send a follow-up email that next morning.

Reporters (well, most of them) really like Twitter. I did and still do. It helps journalists connect in real time with readers, sources, and colleagues worldwide. Journalists are also slightly narcissistic, so watching those tweets roll out with my story attached was always a favorite pastime of mine. Those in the PR field should take advantage of this space and start interacting with reporters.

Again, try not to be annoying about it. The interaction should be genuine and tailored to each reporter. If a reporter writes a really awesome story—even if it is on a topic not any way connected to a client—tweet it out using the reporter’s Twitter handle. If a reporter is looking for a source on Twitter, help them out. If a reporter asks for Indian food suggestions in Houston—well, you get the picture.

Once you establish a connection with the reporter, it is easier to hit them up when you have a pitch. A word of caution: Don’t be phony. Reporters are trained to spot BS from a mile away, even on Twitter.

The greatest takeaway from my amazing and sometimes awkward shift from the journalism world to the PR world is that we can, and should, get along.

When I was a reporter, we would always talk about other reporters who “went over to the dark side” and “sold out” when they got a job in PR. But we would rely on PR people when we needed sources for a story and the deadline was fast approaching.The stereotype that journalists are harsh and “out to get” someone is still alive in the PR world. Actually, they just want to do their job and do it well.

No matter your views on which profession is nobler or serves a higher purpose, journalism and public relations will always be two sides of the same coin—a symbiotic relationship. Let’s be kind to each other. Let’s make an effort to understand each other. And let’s create a relationship that is beneficial to all.

After all, you never know when you might flip that coin.